Hello all! A little while ago, I had the idea to create portraits of two of my cats using only text as a tool to carve out shape and form!

Yes, I know this idea isn’t exactly the most original, as text portraits have been done before, but I thought I’d take it into a bit of a twist with my version…

By playing with particular phrases, (with the top one) scale, and colour, I’ve tried to bring my cats; Wendigo and Tanzity to life! In both portraits, I used a masking technique on Photoshop. 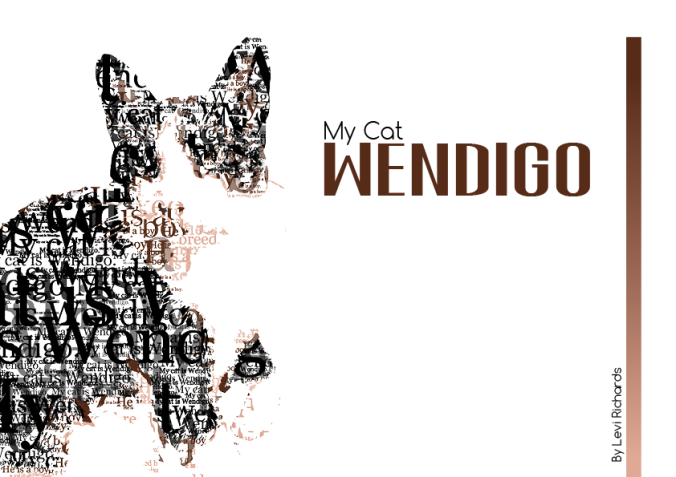 The top one is my cat, Wendigo. I used a colour scheme of brown, black and salmon pink and experimented with scale in the lettering.

Using different sized lettering I find has increased depth, and the colour really lifts the subject off of the page. I have noticed a sort of “serendipity” aspect on my part regarding the colours as the bottom of his mouth has a pink letter “H” crossing into some other letters and the white of the page, which almost gives the impression of a tongue. 😛 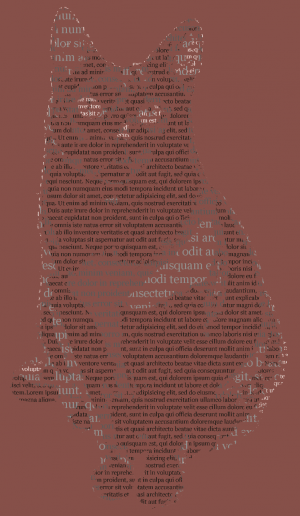 This example is of my cat, Tanzity. Here, I paid more attention into using the colours to depict depth rather than scale.

The darker the tone of the text is intended to carve out her main shape and the lighter text indicates
detailed features and the light hitting her. The text in particular is nothing special, just place-holder text.

I learned that the words being similar in size takes away the depth and character of the piece, but I still like it’s effects. Mimicking the brown used in Wendigo’s portrait, I coloured the background. As a rough piece, This would
be the back cover.

Hope you’re all having a nice weekend. See you for now! 🙂

This is the new look for my art blog! Hope you like it!

What do you think of it? Feel free to comment and tell me.
Cheers all. Bye for now. 🙂